Space arena community
Clans: what is already available and what to expect?
Guides

🚀 As you probably know, the long-awaited clans have recently been added to the game. Due to the closed and open beta tests, some players have already tried out the new feature by creating their first clan or joining the existing ones. And the iOS players got update 3.0 as well, but without beta.

💡 Our team decided to tell you about the clan mechanics that are already available in the game and will be added later.

From now on, any player who has reached level 15 will be able to create his own clan or join an existing one. When creating a clan, the player will be able to select several parameters, such as the clan name and icon, the type of clan, the required rating for joining, and the location of the clan (users of which region can join the clan). Each new clan starts from the first level, and at this level, the maximum number of clan members is ten. The higher the level of the clan – the more players can join it.

👾 What is available in clans now?

The clan Leader can assign all available roles in the game to members of his clan. This function is also available to the deputy leader, but his choice of roles is limited. Thus, the players participating in the clan have the opportunity to climb the career ladder. 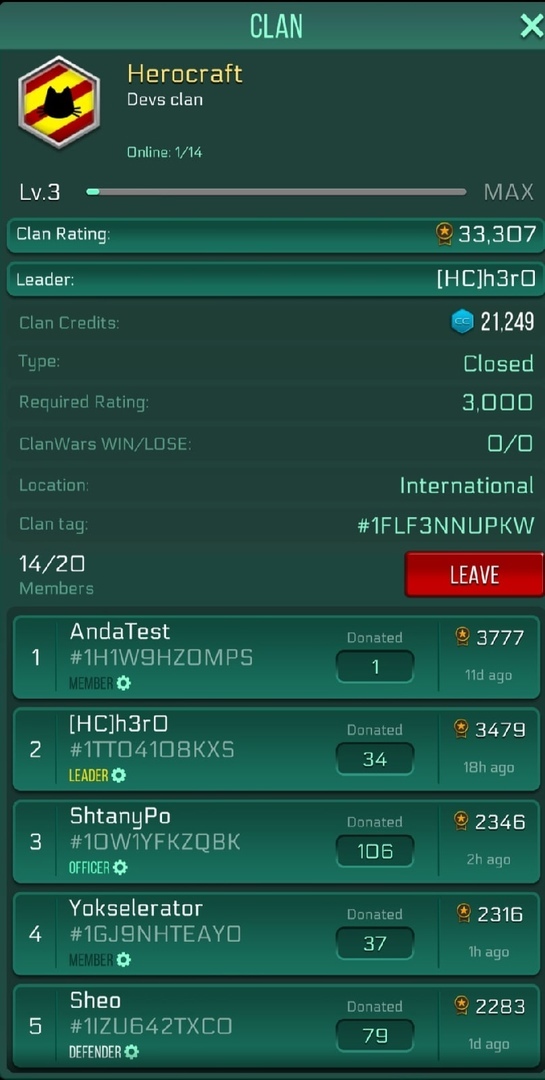 Within the clan, there can be both regular members, without any rank along with officers, defenders, and the Leader of the clan 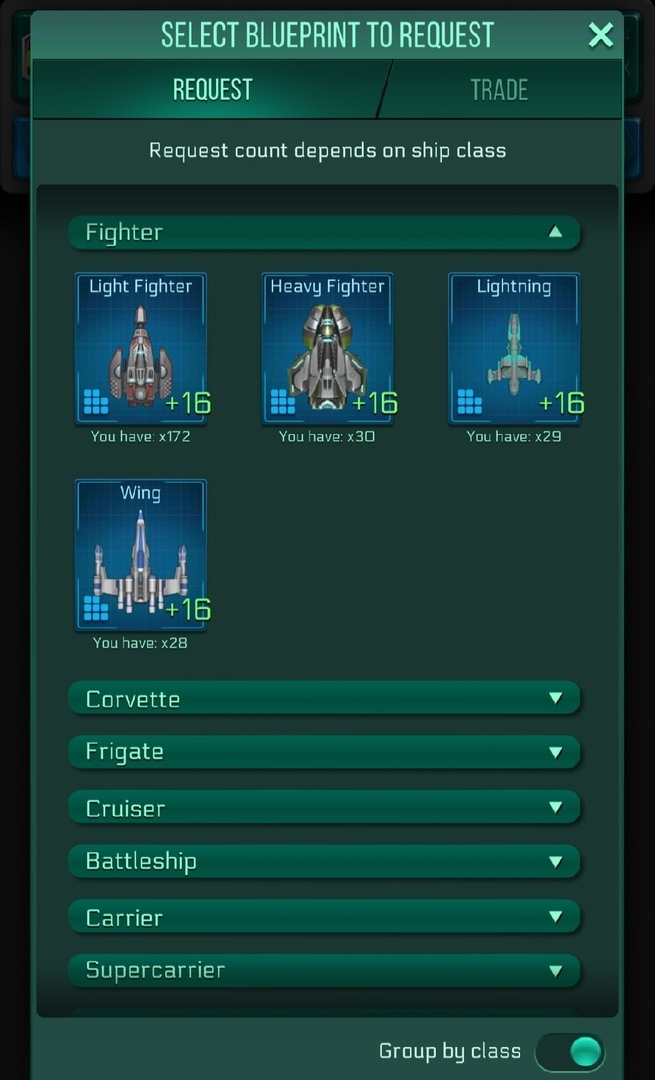 For example, you can request 16 drawings for Light Fighter, or Heavy Fighter, or Lightning, or Wing

A limited number of requests are available to a clan member per day. Also, each participant has the opportunity to reset the timer until the next request once a day using Celestium. 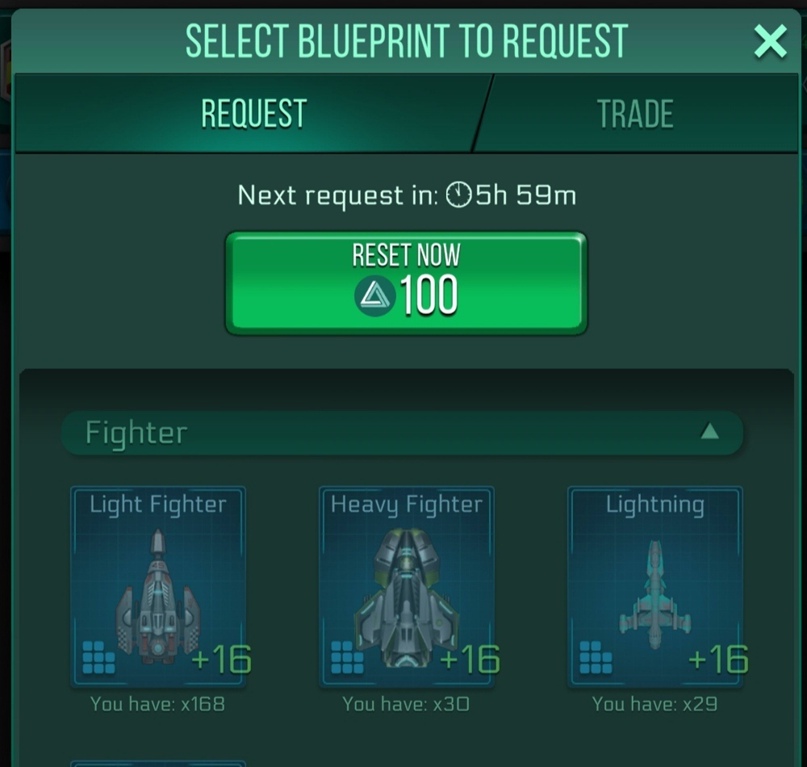 Of course, you can wait for 6 hours to re-request the blueprints. But you can spend 100 inits of Celestium and immediately make another request. 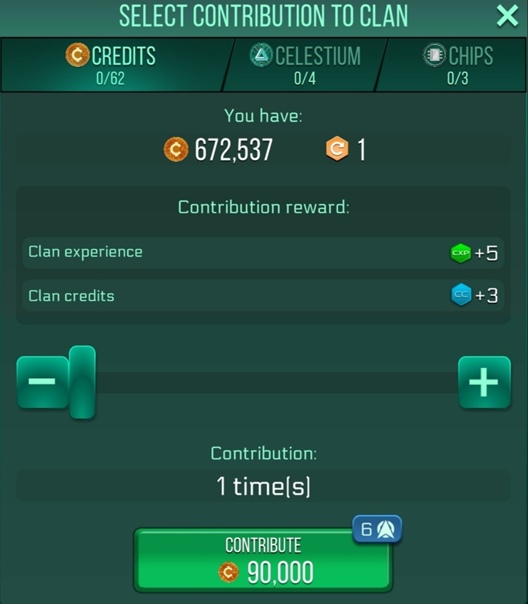 Via contributions, the clan gets a certain amount of experience towards a new clan level. In addition to gaining experience, the clan receives clan activity points and special clan credits that can be spent in the future in the clan store. The higher the clan level, the greater the maximum number of players who can join this clan. 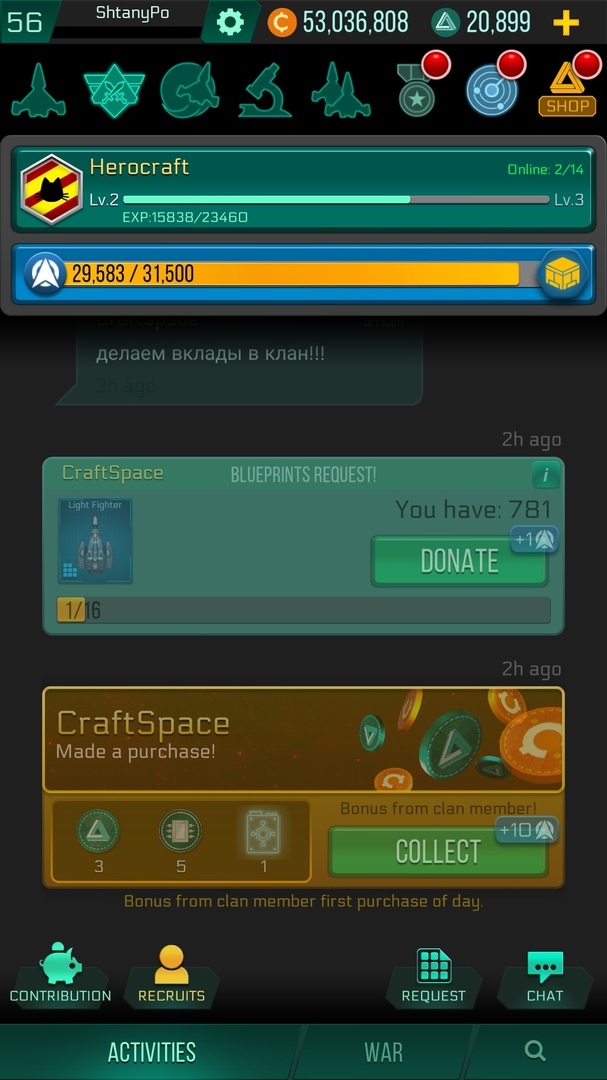 A clan member under the nickname CraftSpace made a purchase, and all other members now have access to a one-time reward – 3 Celestium, 5 chips, and one computing unit. As well as 10 clan points.

For each action in the clan, participants receive clan activity points, which go to the common pool. When a clan gains certain points and reaches a milestone, all participants have the opportunity to collect rewards for milestones reached by tapping on the Clan Pass screen. At the moment, there are 30 milestones and 30 rewards available for clan members in the Clan Pass.

For now, clan members can receive clan activity points for the following actions:

1) Contributing to the clan;

2) Donating blueprints to a clan member;

3) Collecting the purchase reward from another clan member. 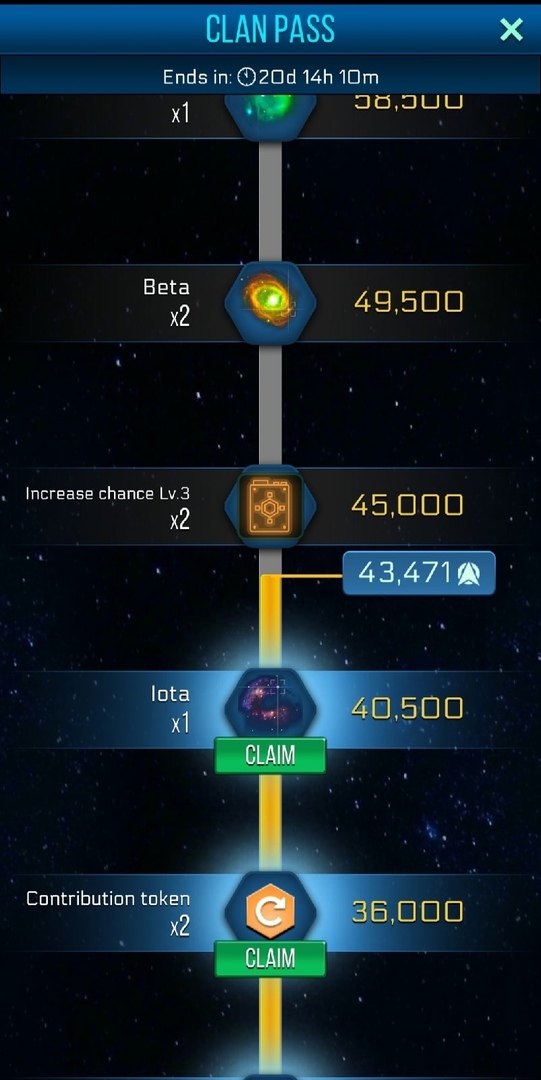 Clan members of all ranks can exchange small messages in the clan chat. These messages are seen only by members of this clan.

Chat is displayed along with requests and rewards for purchases made

👾 What awaits us in future clan updates?

The first stage is the search for an opponent: a registered clan, with whom your clan will have to fight. Before that, the Clan Leader or Deputy Leader sends an application for participation in the clan war during the allotted time period.

The second stage is the preparation stage. Each clan puts 8 ships in the 8 slots of the defensive fleet.

The third and final stage is the battles stage. Each clan attacks the defensive fleet of the opposing clan. Before attacking, the participating player can select a ship and edit the build. All players can attack enemy ships during a clan battle regardless of clan role.

For each battle, the clan receives from 1 to 3 stars, which go to the war pool. The number of stars is determined by the damage that was inflicted on the enemy modules.

And we have a winner! 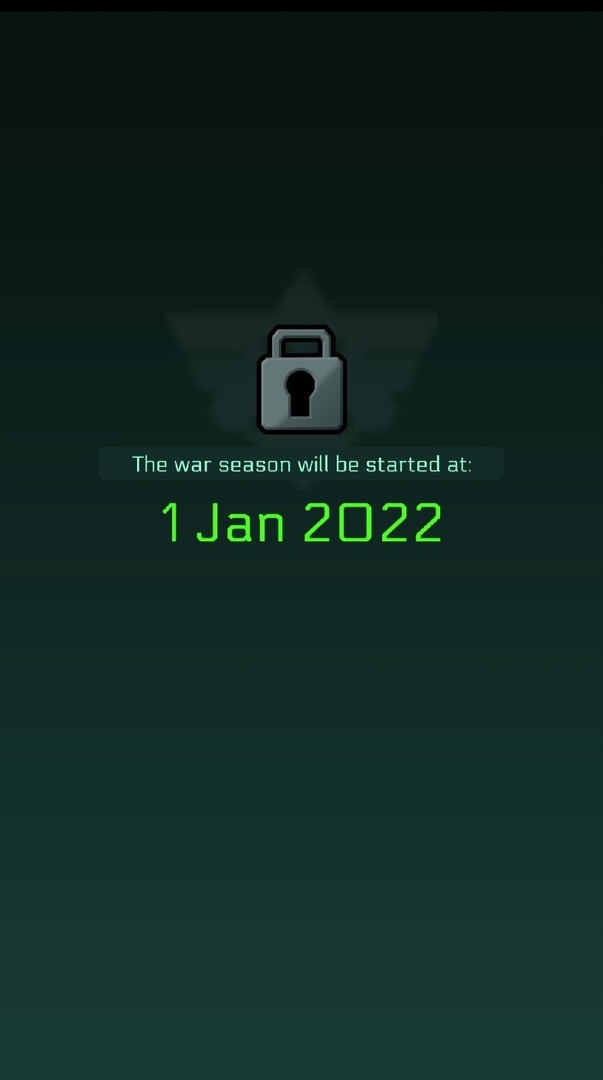 Additionally, each clan member will receive an individual clan currency for the actions performed in the clan. This currency can be spent in the clan store, which will be similar to the existing Daily Deals store. The clan leader and his deputies will also be able to buy bonuses for the defensive fleet during the clan wars using the same clan currency.

💭 Commanders! Our team will be glad to hear your questions regarding the clan system! Ask them in our communities – and we will definitely answer them!

See you at the Arena!

Did you like the article?
2787235cookie-checkClans: what is already available and what to expect?no